The Live Music Office along with Jaryd Miles, Acoustic Engineer at engineering consultancy firm Inhabit, has come up with a short article on some of the ways you can deal with sound issues in a live music venue!

Acoustics is an all too often over-looked and underappreciated discipline in the design and arrangement of music venues. I would love a dollar for every time I’ve walked into a venue that had just bought a flash, brand spanking new sound system, only to soon realise it was basically useless because the room sound was the equivalent of a concrete bunker! Bottom line is, it pays to get the acoustics right the first time. Here’s a list of must-do’s to get you started…

Acoustic ratings and what they mean?

Before getting stuck into the sound advice (pardon the pun) here’s a run-down of some typical acoustic ratings you might see along the way.

Building materials, windows and doors will often reference a sound insulation rating, typically seen as Rw, Rw+Ctr and/or STC, which give an indication of the products sound insulation performance. Rather than getting bogged down in the complexities of how these ratings are determined and what they mean exactly, here is a few key points to consider:

2. “Sound Absorption – Controlling the sound in the venue”

Sound absorption is measured as a value known as an ‘Absorption Coefficient’, within a range between 0 and 1, with 1 being complete absorption. It is typically measured over a frequency range that is divided into octave bands, however a single number or rating is often given to help compare and select materials easily. See the figures below showing two different, yet commonly used rating systems; Sound Absorption Class (A to E) and NRC (Noise Reduction Coefficient). Both systems give an indication of how well the material absorbs sound energy.

Let’s get started with some common acoustic issues in live music venues and advice on how to help.

The Battle of Room Acoustics

Having trouble understanding lyrics? Everything sound like it has its own slap-delay? Feel like you’re fighting the room in every mix? Here’s a few guidelines to help you out:

Good room acoustics can be briefly summed up by balance and clarity. You want to be able to walk anywhere in the audience area, hearing roughly the same quality of sound everywhere. In small venues, this is often not the case and can commonly be attributed to parallel reflective surfaces. Reflective surfaces typically absorb very little sound, bouncing the energy back into the room at a delayed time to the sound coming from the speakers, reducing clarity and definition in the audience area. Parallel surfaces further emphasise this effect as the sound gets stuck between, bouncing back and forth.

To minimise this effect, absorptive surfaces can reduce the level of the reflected/delayed sound, which in turn distinguishes the direct sound (speakers) from the room sound (reflected), improving clarity and definition. Now there are a many easily accessible and cheap materials available which are good sound absorbers, however there are also many myths (don’t get me started on egg cartons). If you follow the below guidelines, you can’t go wrong:

If cranky neighbours and noise complaints are your main problems, here is a few guidelines to follow:

3. You are only as strong as your weakest link

Air-tight=sound-tight. Any gaps or openings to the outside have a severely limiting effect on the sound insulation that can ultimately be achieved. The relative size of the opening compared to the wall, sets the upper limit of its effective performance. To put this in perspective, if the area of an opening is 1% of the total area, the wall would barely stop a loud talker from being heard on the other side! Think a bucket of water with a hole in it, same principle.

TIP: Make sure to seal ALL gaps and openings around perimeters properly with good quality seals and sealants. Common perpetrators are openings around windows, doors and ceiling penetrations.

4. Treat the problem, not the symptom

The most effective way to deal with noise is at the source…STAGE VOLUME! Managing your stage levels is the most effective (and by far the cheapest) way to manage your neighbours noise complaints. Must Do’s:

If the first two suggestions haven’t helped with insulating sound within the venue, then unfortunately drastic measures may be required and be warned, the laws of physics show no respect for budgets! The three key principles of effective sound insulation are as follows: mass, damping and isolation.

Mass: Generally speaking, a doubling of mass will roughly equal a 6dB improvement (in practice more like 4-5dB) in sound insulation (which is a noticeable effect). Say you had 1 layer of 13mm plasterboard and you added another, you would theoretically achieve and improvement of 6dB. However, this phenomenon is unfortunately subject to the law of diminishing returns, where to achieve the same 6dB improvement again, you would need an additional two panels. Moral of the story, if your walls/floors are mass heavy already (i.e. brick, concrete etc.) then great; if not, then adding mass is not the most cost-effective way to achieve a good sound insulation performance.

Damping: Whenever you have a cavity between two lightweight panels (e.g. a timber frame with 1 layer of plasterboard either side) there is a resonance created, which can dramatically decrease sound insulation performance (especially at low frequencies). Installing ‘fluffy’ fibre insulation within the cavity reduces this resonance effect and improves sound insulation. This one is a no-brainer; wherever you have a chance to add ‘fluffy’ insulation within a cavity between two lightweight panels (i.e. walls, ceilings, floorboards) …do it!

Isolation: The idea here is to ‘isolate’ the source of noise (i.e. the band/music) from the outside. To do this effectively, there either needs to be a physical break or resilience between the internal and external boundaries. For walls, this typically means either building an additional wall parallel to the external wall with an air gap between the two (the bigger the air gap the better – don’t forget to fill the cavity with insulation) or adding resilient clips or mounts to ensure that there is no rigid connection. For floors and ceilings, this means adding resilient clips or mounts to floorboards/ceiling. This concept is called ‘discontinuous construction’, minimizing the transmission of sound between the inside and outside by removing the path of least resistance, which is typically a physical connection. Obviously, this is the more expensive option, however it can also be the most effective.

Good acoustic treatment and design is a worthwhile investment. Technology becomes outdated, systems break down, need repair and get replaced; but good acoustics will always remain, no matter what or who plays in the venue.

To get your best bang-for-buck, hire an acoustic consultant to point out the most efficient and cost-effective ways to improve your venues acoustics.

If you are planning on getting some new doors installed for improved sound insulation, here is a few things to look out for:

Ditto for windows, see below:

If you’re thinking of upgrading the ceiling, here are a few pointers to improve its acoustic performance:

This information has been put together with the help of Inhabit. 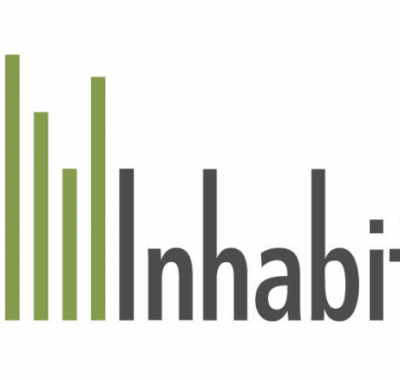