Sydney’s nightlife will get a major boost with the City of Sydney awarding more than $360,000 in funding for live music venues and small businesses to expand their programming and encourage night-time trading.

The first round of the City’s new business support grants program will give 18 local businesses, including Oxford Art Factory, Freda’s and Ariel Bookshop, matched grants to launch new night-time activities or upgrade their acoustics, staging and equipment.

“No one wants a city that’s unsafe and we don’t want one that shuts after dark either,” the Lord Mayor said.

“This new late-night grant program is part of our program of dedicated support for a thriving night-time economy. We want to do everything we can to encourage businesses to provide more diverse night-time activities.

“These grants will help venues across the city introduce new night-time performances, talks and film screenings, and fund important infrastructure upgrades to enable and improve live music for artists and audiences alike.

“We know the NSW Government’s lockout laws have had a significant impact on Sydney’s night-time economy, so we are finding practical ways to help local businesses and live music venues get back on their feet.”

Projects that will benefit from the matched grant funding include:

 upgrades to the mixing equipment, speakers and PA systems at the Oxford Art Factory in Darlinghurst and The World Bar in Kings Cross

 a monthly program of music trivia, slam poetry and live music in the foyer of the City Recital Hall in the city centre

 new flooring, staging and lighting at the East Sydney Community and Arts Centre in Darlinghurst

Co-owner of The Roosevelt, Naomi Palmer, said the funding would help them make staging and equipment upgrades to bring live music back to the venue.

“Live music and performance has been an important part of The Roosevelt’s story since it first opened back in 1947,” Ms Palmer said.

“The venue attracted incredible acts like Frank Sinatra, Ella Fitzgerald and Sammy David Jr, along with the local celebrities of the day like Barbara James and Peter ‘The Judge’ Piercey.

“Today, The Roosevelt is best known as a cocktail bar – but we want to add to this and bring back some of the glamour and identity of the original venue, and we see live music as being key to this.

“The business support grant will help us modify the layout of the venue to allow for a small stage, create a better viewing space for the audience and upgrade our sound system for live music.

“The City’s support will play a significant role by giving us the funds we need to pay for these costs upfront and progress parts of the project we may not necessarily have been able to afford.”

Funding is available for both non-profit and for-profit organisations, and programming of activities by retailers and in non-licensed and other non-traditional premises is encouraged.

The inaugural round of applications was open from September to November 2017. City staff held an information session and met with more than 70 interested businesses to discuss their projects and outline the application process.

Projects funded in this round will start from April and must be completed over the next 12 months.

The next round of the program is open until 12 March. For more information, visit 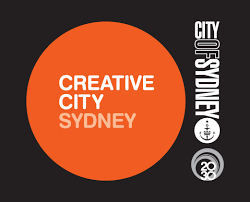