In the Legislative Assembly for the ACT on 31 July 2019 the following Noise Abatement Notice of Motion was introduced by the Member for Brindabella, Mark Parton MLA.

That this Assembly:
(1) notes the:

(a) importance of live music and other live entertainment forms to the character and life of the nation’s capital;
(b) contribution live entertainment makes to creating a sense of community, cultural experience and cultural identity;
(c) Government’s objective to rapidly expand village centres and population density along the Northbourne Corridor and elsewhere;
(d) importance of these centres having access to complementary entertainment venues and leisure precincts;
(e) beneficial contribution made by local entertainment to business growth, employment, tourism and the wider ACT economy; and
(f) constraints imposed on the ability of venues to provide live entertainment and particularly live music due to noise restrictions applied across business districts and town centres;

(a) numerous reviews, studies and reports on the potential development of live music and the night time entertainment economy; and
(b) various recommendations made to address planning solutions and more reasonable noise level emissions and abatement strategies; and

(3) calls on the Government to:

The following story in the Music Network: Canberra pushes for entertainment precincts to save music venues – reported that:

The three major parties in the Assembly – the Libs, Greens and Labor – agreed with the motion’s additional requests to allow flexible noise levels in these areas, introduce order of occupancy laws (which would protect venues from complaints by new neighbours) and increase the level of “standards and requirements for noise insulation and abatement for new buildings in designated precincts.”

The government must provide a plan by October 31 and start delivering by June 2020.

The Live Music Office will continue to work closely with our colleagues at Music ACT and support government and local industry as the policies are developed in months ahead.

We commend the ACT Legislative Assembly for their support for our industry and recognition of the issues facing venues and artists in Canberra with their unanimous endorsement for this motion. 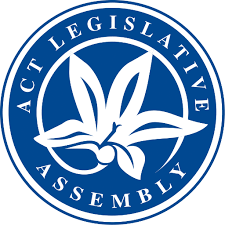