The Value Of Live Music Making In Australia, 2014

The value of live music making in Australia to the entire community is the sum of the benefits enabled. This study estimates these to be worth 15.7 billion dollars in 2014.

This figure is significantly greater than previous estimates based on price or economic impact; however, it is likely to be an underestimation given the limitations of the available data and forensic techniques. 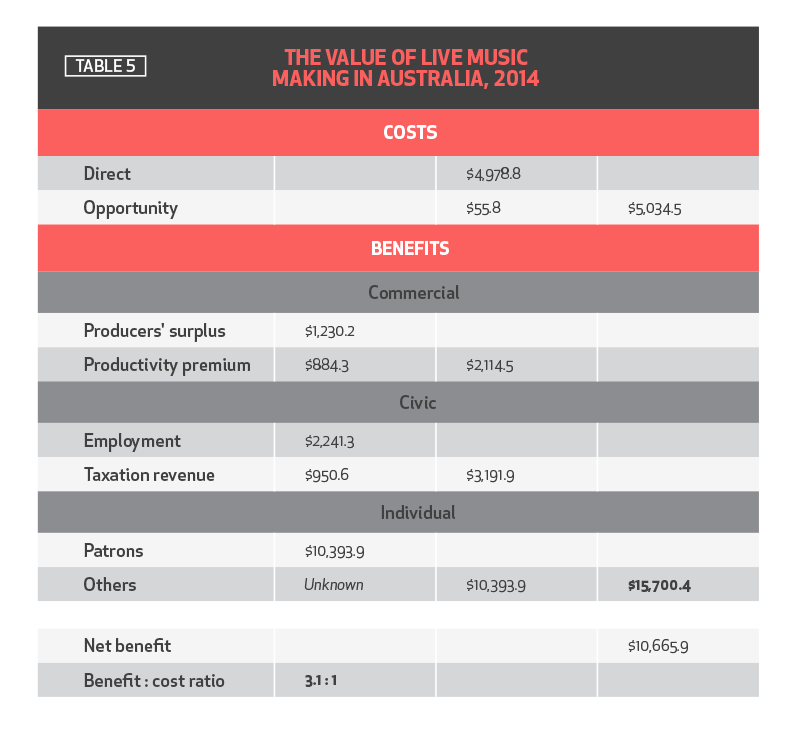 On its own, 15.7 billion dollars is a fairly meaningless sum. The power of numbers lies in their ability to provide a standardised basis for comparison, and—short of performing the same exercise for every other human activity—a top-line valuation of every human endeavour is impractical, if not impossible.

For that reason this study contrasts the net value of live music making in Australia with the cost of inputs. It can be seen that for every dollar invested by the community, over three dollars are returned.

Cost benefit analyses of this type within the live music landscape are rare, yet the findings of this study speak for themselves. If you could guarantee a minimum annual return of 300 per cent on every dollar commercially invested, then there would be a run on the banks tomorrow.

It is beyond the brief of this project to make recommendations as to how government investment in live music making in Australia can be made more efficient. That would require the application of the model to specific programs and policy contingencies. The results reported nevertheless reveal a number of outcomes that should be of particular interest to the community.

Although there are a number of limitations to the findings that would benefit from future research, the opportunity now exists for decision makers in both industry and government to leverage this framework for continual improvement in the marketing and delivery of their services. 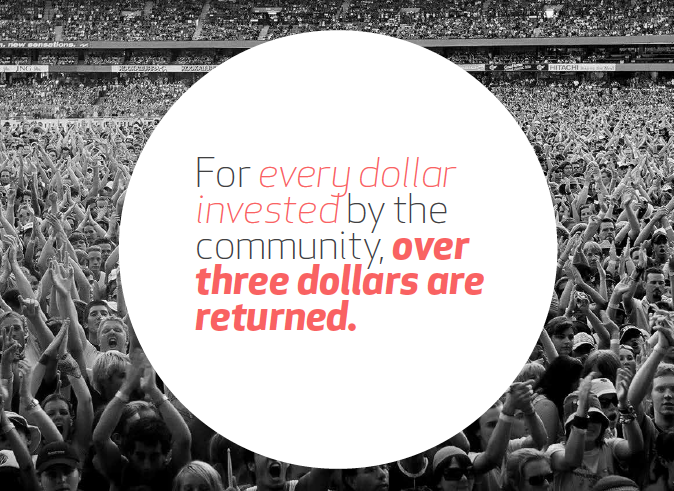 This study has identified a number of gaps in our understanding of the empirical impacts of live music making in Australia. Future research is therefore encouraged in the following areas: