This report provides a valuation of the economic, social and cultural contribution to the Australian community of the Australian Live Music Industries. The valuation employs a cost-benefit analysis framework that draws on a national survey of consumers; interviews with venue owners and operators; and currently available sector data.

Cost benefit analysis considers the benefits that flow to the broader community from money spent on a particular activity, in this case live music. Cost benefit analysis is commonly used by governments to evaluate the merits of policy choices and assumes that any positive change in public welfare enabled by an activity is a benefit that might otherwise need to be met by the community.

Our research has identified that live music spending in Australia delivers at least a 3:1 benefit-to-cost ratio. This means that for every dollar spent on live music in Australia, 3.00 dollars worth of benefits are returned to the wider Australian community. We conservatively value this contribution at approximately 15.7 billion dollars for 2014. 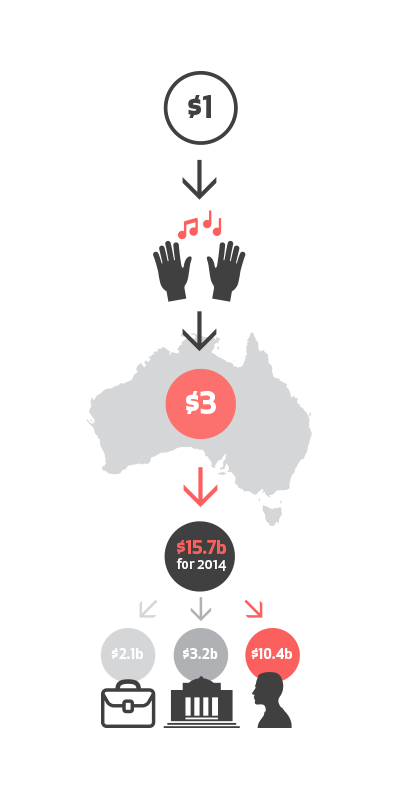 This figure is larger than previous valuations of the Australian live music industries due to our more detailed model of consumer spending and a more complete accounting of the various ways live music benefits the community.

To avoid the possibility of presenting inflated figures, we have, wherever necessary, overestimated costs and underestimated benefits. This has resulted in a conservative, but rigorous valuation that may increase with the availability of additional data. For example, we were unable to identify the impact of volunteering on the live music sector due to a lack of information on the prevalence and scope of volunteer activity.

Both producer and consumer sentiment, signalled by their three year outlook, was largely positive, with a majority of venues and 36 per cent of consumers expecting to be more or much more engaged with live music. The main reasons consumers indicated they were less likely to attend live music in the future were related to stage of life and access to venues. These two issues appear to be related and may represent a section of consumers who are aging out of the market or whose ability to attend live music is impacted by family responsibilities. 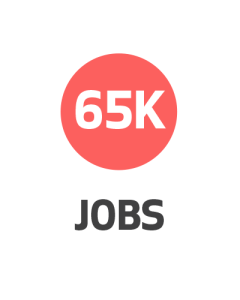 Civic benefits include an estimated 65,000 full and part-time jobs enabled by spending on live music and taxation revenue to all tiers of government.

Live music is also identified as a source of regional competitive advantage. Approximately half of the survey respondents reported travelling inter- and intra-state to attend live music, with one in five travelling overseas. This suggests there is a strong case for investment of public funds into live music making.

Individual benefits describe the in-use-value of live music as identified by our survey respondents. This incorporates consumers revealed preference, or expenditure, and a contingent valuation of their live music consumption. Contingent valuation is a commonly used technique to quantify, in economic terms, benefits to consumers such as improved wellbeing that are not directly sold. The contingent valuation reflects the range of intangible benefits reported by consumers and producers that they feel are associated with experiencing live music. These included benefits such as greater social capital and improved health-and-wellbeing.

There are a number of limitations to these findings that would benefit from future research. In particular, further research is needed to identify:

This research has demonstrated that live music activity in Australia delivers significant benefits to the Australian community. Investment of time and money in the live music sector delivers an impressive return and is clearly producing a public good. We encourage decision makers in both industry and government to reflect on these findings and consider how they might continue to improve and develop the live music sector in Australia through funding, better regulation and small business support.