The work of the Live Music Office has scored big wins for the live music scene in Australia and remains important to the music industry according to an independent survey undertaken five years on from the establishment of the Office.

In August, APRA AMCOS conducted the survey with Voice Project, providing over two hundred stakeholders with the opportunity to give feedback on the quality of work practices and services provided by the Office. Respondents were from across federal, state and local government, industry, venues and creators located in regional, remote and metropolitan Australia. A small number of international participants involved in live music regulatory best practice were also surveyed.

The majority of those surveyed found the Live Music Office is effective at promoting the interests of the live music scene (Impact, 80%) and stakeholders reported the office successfully reduced barriers for live music (85%) and advocated on behalf of live music scene (85%). The results also indicate the Office has a high level of stakeholder engagement (86%). Stakeholders support the work done by Office (89%), feel comfortable recommending it to other people (84%), and intend to continue using its services (88%).

The majority of stakeholders see the organisation as successful (82%) and report it having a good reputation (81%). However, the overall result is moderated by fewer stakeholders expressing confidence that the Live Music Office has a positive future (73%). This result was below what is typically seen for this question (-11%) and can be attributed, in part, to the funding uncertainty of the Office.

Most stakeholders were aware the Office provided services to ‘support the development of planning, licensing and regulatory policies and practices’ for both venues (72%) and government (75%). Stakeholders were supportive of the Office offering these services (91%) and felt the offering would be useful to their organisation (89%). Of those stakeholders in a position to answer, 72% reported their organisation was intending to use these services in the next two years.

Relatively fewer stakeholders were aware the Office provided services and support to develop ‘audience, market and cultural development strategies’ (52%). Stakeholders were overall supportive of the Live Music Office offering these services (85%) and felt the offering would be useful to their organisation (85%). As with awareness – usage intentions were lower for these services. 63% of stakeholders, who provided an answer, reported that their organisation was intending to use this service in the next two years.

Stakeholders report staff capability (83%) service quality (84%) service orientation (81%) as strengths of the Office. Perceptions on the willingness of staff to “go the extra mile” was particularly strong, outperforming the benchmark by 25%. The lowest score for a question on Service, was on the ‘people skills’ of staff (76%). While this result was comparable to the all industry benchmark (+3%), stakeholder views on this capability had a strong impact on their views of the Office overall.

APRA AMCOS CEO, Dean Ormston, said, “Live music provides cities, towns and centres with a competitive economic and social advantage. But so often red-tape and over regulation means the benefits of live music cannot be accessed or enjoyed by Australians.

“Live music is also one of the key drivers for the success of Australia’s music industry. Not only does it provide musicians and songwriters a platform to be heard, it is also the feeding ground for the next generation of artists and a critical source of revenue for musicians and the industry.”

“The findings of this survey show the work of the Live Music Office has been successful in transforming the regulatory barriers in many places across the country and embedding live music as an important cultural and economic activity.

“But it also finds the work of the Office is not finished and there is room for improvement, particularly with the way industry stakeholders are harnessed in all areas of the country. We will now work with industry, government, venues and creators on finalising a blueprint and securing ongoing government funding for the Office to ensure that its work is focused and effective because we now know this work is vital.”

The mission of the office has been to:

Based on the survey findings, APRA AMCOS will now develop a blueprint for the future of the live music office and the services it provides. 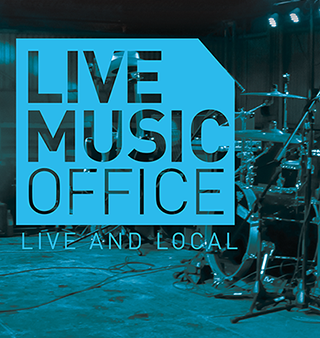