The Live Music Office welcomes the findings tabled today from the Parliamentary Inquiry into the Music and Arts Economy in NSW, from what has been a very thorough and rigorous investigation into the issues facing the music sector in NSW from a committee comprising members across the political spectrum.

The Hon Paul Green MLC, Chair of the Committee said: ‘

‘There is a live music venue crisis in New South Wales, particularly Sydney. In many cases, planning, liquor licensing and noise provisions make it too difficult for venues to provide affordable live music. This situation is having a devastating effect on career pathways for musicians and emerging artists, destroying the touring network, adversely affecting Sydney’s cultural reputation, and is adversely affecting visitor experiences. To address this crisis, the committee has recommended simplifying planning and liquor licensing provisions for creative spaces”.

And with sixty recommendations tabled by the committee, the report provides an extensive and comprehensive investigation in what has been a major undertaking for the NSW Parliament and the music community in 2018.

“Many of the issues we have been advocating for, from increased investment and support for the sector, to better regulation and red tape reduction have been endorsed through the report findings. These include establishing the NSW Music Development Office and regulation round-tables, enabling exempt and complying development and a state arts venue variation to the National Construction Code, designating ministerial and agency responsibility, removing duplication in regulatory frameworks, and supporting the establishment of special entertainment precincts or areas”.

“In particular we welcome recommendations (12,13,54) acknowledging the work of the Live Music Office, advocating for the reinstatement of funding, and that the NSW Government continue to fund and expand the Live and Local Micro Festival Strategic Initiative delivered by the Live Music Office”.

The Live Music Office would like to recognise the Committee and staff, and all of the many people and organisations who participated in the inquiry process, including those who responded to our calls for participation across the industry. 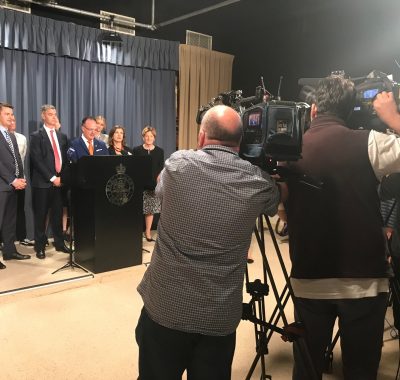