Today’s release of the Report on the Joint Select Committee on Sydney’s night time economy tables important findings and recommendations from this year’s review to reinvigorate the Sydney city nightlife and economy.

From today’s report, findings include:

Recommendations for late night trading include:

Many of the associated music and night time economy recommendations also endorse the findings of the previous 2016 Night time Economy Roundtable in 2016 and last years music and arts economy inquiry. These include:

In another important recommendation for the music industry, the committee recommends that the relevant minister encourage all councils to adopt the Inner West Council’s Live Music Venues Good Neighbour Policy, and expand it to cover other venues, to ensure that complainants and businesses are mandated to meet with each other first, to try to resolve disputes collaboratively, before a council will act upon any complaint or dispute.

In response to recommendation 9,

With evidence provided to the inquiry by the City of Sydney referencing APRA AMCOS data that identifies a 50% drop in primary purpose live music venues since 2014 from 22 to 11 venues in 2018, and understanding, of course, that a component of those remaining are leased and not owned, we once again express our fears for the long term sustainability of the live music industry in greater Sydney, having lost so many venues and with those remaining potentially vulnerable to property value transition.

It is the view of the Live Music Office that Sydney and NSW evolve to a hybrid planning instrument to respond to a range of night economy land use which might be referred to as:

With the development of an ‘overlay/area’ Sydney can then incorporate a coordinated hybrid response required to achieve the desired outcomes, once the principle has been established, also including residential design standards, venue operation, zoning and licensing.

These could also include:

In our view, this would also be supported by the associated recommendation from last year’s music and arts economy inquiry.

The Live Music Office welcomes these findings and supports the recommendations. We also thank the committee and parliamentary staff for their great work through this process. 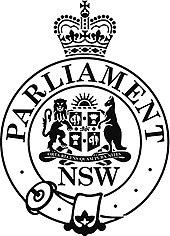