Make Music Day Australia is set to expand next year with the announcement of a partnership between the Live Music Office and the Australian Music Association to deliver the 2019 program.

Make Music Day is a free celebration of music making around the world on 21 June. Launched in 1982 in France as the Fête de la Musique, it is now held on the same day in more than 750 cities in 120 countries.

Completely different from a typical music festival, Make Music Day is open to anyone who wants to take part. It’s a DIY Music Festival! Every kind of musician — young and old, amateur and professional, of every musical persuasion — can organise their own gig, or join the many organisations that will host events, to share their music with friends, neighbours, and strangers. All of it is free and open to the public.

To build on the program from 2018, a dedicated role has now been established through a partnership with the AMA under the auspices of APRA AMCOS and the Live Music Office to progress this year’s Make Music Day Australia Pilot into 2019 and build greater awareness of the initiative.

Australian Music Association Executive Officer Rob Walker said “The AMA is very proud to be partnering with Live Music Office and APRA AMCOS in building the Make Music Day concept in Australia and creating an event that joins the world in celebrating music making on 21 June.  The synergy of purpose between the organisations is striking, and we look forward to engaging many more Australian musicians of all levels in live music in 2019.”

This role would grow these initial partnerships and relationships, increase the number of events from 2018, build on the assets and contacts created, and take the next step in developing this DIY Music Festival concept to be of truly national interest.

Lucy Joseph from the Live Music Office said “Make Music Day is all about allowing communities of audiences and musicians to engage with each other for one day to make free, accessible music and to celebrate the role that music plays in our everyday lives. In 2018 we saw a variety of successful activations across NSW, Victoria and Queensland particularly, and we’re thrilled to be working so closely with AMA and NAMM to raise awareness and participation across Australia in 2019.”

Be a part of Make Music Day! 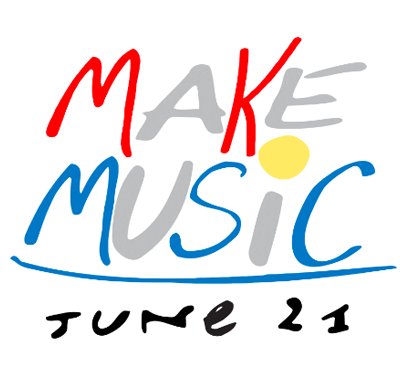