Back in September and October 2019, John Wardle from the Live Music Office and Sydney Fringe Festival set to work quietly mapping each and every type of show or performance they could uncover across The Inner West Local Government Area in Sydney, just outside the City of Sydney CBD.

In these months before COVID hit, the amount of live music and performance was now building to ever increasing levels, no surprise to the many venues and artists plying their trades in Marrickville or Newtown for example, or to the flocking visitors who were in the know, and plugged into this leading cultural and night time economy destination in greater Sydney.

This highly detailed data set and analysis accompanied by a suite of evocative photographs and destination maps as well as referencing the leading policy, better regulation, and advocacy work of Council has now been made available through the Inner West Live Music and Performance Census 2019, which mapped live music and performance across venues, festivals, and art-forms through September and October 2019, and with census data identifying a remarkable amount of live music and performance happening weekly in the Inner West Local Government Area (LGA).

“Creativity and culture are essential to the Inner West’s community, identity and economy. We are home to literally hundreds of studios, production houses, artist initiatives, galleries and performance spaces.
This Census provides us with a snapshot of how vibrant the arts and live music scene was in the Inner West pre-COVID, and it gives us the tools to breathe life into the live music and performance sector”.

“There’s a lot to learn about the cultural and night time economy in Sydney through the findings of this research.
What is readily apparent from the census findings is the broad diversity of venues, art-forms and genres that provide many many jobs and opportunities on a weekly basis”.

Many of us Inner Westies have known for a long time that this LGA is the cultural capital of NSW, it is so fantastic to see that claim backed up by hard data in this detailed census.

Key findings of the Inner West Live Music and Performance Census 2019 include:

Census data indicates a number of live music and performance areas or clusters in the Inner West LGA, comprising:

Other findings include the significant contribution of Sydney Fringe Festival to the Inner West in September 2019, with:

The Inner West Council EDGE and Festivals Program greatly supports the local venue scene and community participation in arts and culture in the Inner West, through:

The Inner West Live Music and Performance Census 2019 data collection were by John Wardle and The Sydney Fringe Festival.

Report content and design are by John Wardle from the Live Music Office. 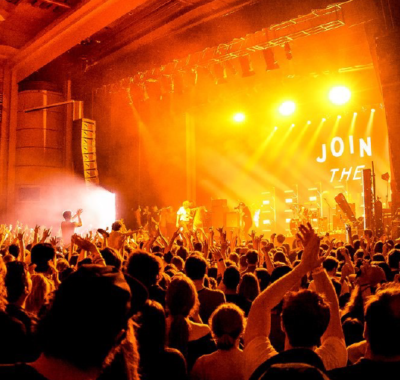