A report released by Music ACT and the Live Music Office tables 25 actions in a connected, forward looking live music strategy to support music sector development in the Canberra Region.

Canberra has an established and growing live music sector and increasing cultural industries. The current groundswell in national and international media on Canberra’s live-ability and ‘cool’ factor highlights an increasingly vibrant local culture.

Although there are opportunities for musicians to perform, artists, event producers and venues face significant challenges from red tape and poor alignment of regulation.

Issues identified through music sector consultation investigated in this report include;

“It’s well past time our planners, developers, regulators and policy makers recognized the vital role that live music and cultural events play in creating a vibrant, attractive city, and that red tape is stifling our creativity.

A thousand shoppers are still just a thousand individuals. A thousand people at a concert or festival is a community. Attendance at music concerts and events in the ACT are nearly equal to that of cinema. Not only that, but for every dollar spent on live music, three more are spent on food, drink and travel.

With the help of the Live Music Office, we’ve put forward a realistic set of policy and actions that would give the ACT the regulatory framework it needs to really be the Coolest Little Capital”.

Cool Little Capital consists of a situation analysis, a number of relevant case studies, and discussion in detail of possible solutions to the key issues facing the sector, with reference to recent developments and best practice in other jurisdictions.

The 25 actions arising from this report include:

“In many ways, the issues being faced by artists and venues in the ACT reflect those in other urban centres nationally. But with better regulation, and a better alignment of government agencies and processes the creative sector in the ACT will grow. Addressing land use conflict, and appropriately defining low risk premises that wish to provide entertainment will support both existing and new venues. Establishing an ongoing ACT Music Forum to support the development of the music sector and an associated co regulation roundtable will build capacity, relationships, and align regulatory and cultural sector functions and priorities”.

“Until now, only Victoria and South Australia have strategic plans for contemporary music, and those states subsequently able to demonstrate real results in music and cultural development. It’s great to see the ACT music sector engaged and active in this policy space. These issues aren’t going away. We very much hope that the opportunity this report provides for a long term vision can be progressed”.

The report and supporting research can be downloaded from the MusicACT website and The Live Music Office. 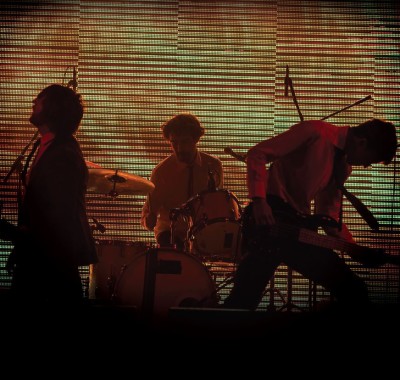 Live Music in Sydney after the Lockouts