In a groundbreaking development for the Australian music industry, this week the Inner West Council in Sydney unanimously voted to designate Enmore Road including the Enmore Theatre as the first Special Entertainment Precinct in NSW.

The new laws to encourage Councils in NSW to make night time economy areas Special Entertainment Precincts in their planning schemes are the flagship of the Night Time Economy legislation passed by the NSW Parliament in November 2020 and are designed to set the ground rules for land uses where conflicts can arise for venues and also remove overlapping regulations that duplicate functions and create uncertainty for businesses and the community.

The scope of the broad better regulation package under the new legislation has also been internationally recognised, with Forbes Europe publishing the following glowing review How Australia’s Bonfire Of Live Music Rules Could Save The Industry From The Pandemic

Special Entertainment Precincts/Special Entertainment Areas as a planning instrument have been operational in Queensland since 2006, underpinning a sustainable venue based night time economy in Brisbane, and were recently introduced by Sunshine Coast Council and on track for the Gold Coast from their Live Music Taskforce.

An investigation of the economic value of the precinct and its benefit to Brisbane’s night time economy (NTE) was conducted in 2017. The research found that Brisbane’s NTE is growing faster than the rest of Brisbane’s economy in
terms of sales revenue, employment and number of businesses.

Special Entertainment Precincts are also currently under development in Northbridge in Perth as well as a formal commitment from the Australian Capital Territory Government to be designated in Canberra.

The new NSW legislation differs from the QLD model in that it allows for Councils to design their own policies to regulate sound/noise. There are currently a number of quite different approaches in place or in development in NSW in this space, with Wollongong City Council implementing coordinated and successful policies in 2014 that have also been endorsed in Newcastle, the City of Sydney declaring a strong commitment to the agent-of-change principle in managing land use conflict between entertainment venues and residential land uses, and the Inner West also promoting dialogue and mediation through their Good Neighbours policy. We look forward to engaging with the NSW Office of Local Government as guidelines are  developed.

Another point of difference in the new NSW legislation is that venues in Special Entertainment Precincts are not only granted extended trading conditions but also 80% reductions on base fees and capacity loadings on their liquor licence.

For the record, the Notice of Motion designating Enmore Road the first entertainment precinct in NSW is as follows 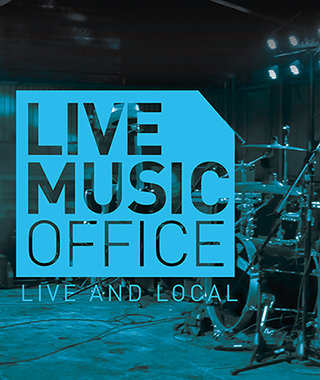